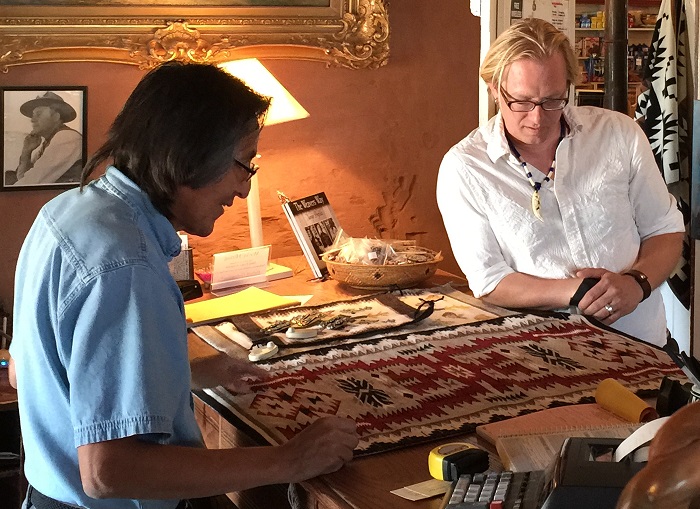 The Anthropology Department’s sociocultural program addresses the contemporary world by focusing on the intersections between global and local level processes and institutions. Our programmatic emphases center on the cultural and social dimensions of such issues as distribution and inequality, production and reproduction, citizenship and statecraft, human-environmental interactions, religion, and media from the perspective of an engaged anthropology. Our faculty’s dynamic research programs bring scholarly rigor to urgent political, economic, cultural and environmental issues, such as water policy formation (Walsh), the societal, environmental and health implications of emerging technologies (Harthorn), relations between environmental transformation and livelihoods (Hoelle), and the intersections of religious affiliations and political orientations (Hancock).  We share, also, concern with the historicity of sociocultural and political institutions – an orientation that has helped us to build and sustain thematic bridges with the archaeology program and with the History Department, realized through shared interests in Borderlands studies, studies of cultural/public memory and public history.  Core and affiliated faculty conduct research in Asia, including India, Japan, and China, and the Americas, from the Brazilian Amazon and Central America to the United States, Mexico, California, and “borderlands.”

Our program incorporates strong foundations in theory and methodology, both qualitative and quantitative. Central to our research and graduate training is the traditional ethnographic approach of close observation, full immersion in social life, and long term fieldwork; with this, we aim to prepare students to participate in scholarly and civic discourses both as scholars and as engaged citizens.  Professor Harthorn has extensive experience in national and international science policy and congressional forums in her work as an applied anthropologist. While Associate Professor Casey Walsh won the Paul Farmer award for for his contributions to Public Anthropology, the accomplishments of former students also exemplify the core strengths and goals of our program.  For example, Mark Schuller (PhD, 2004), an Associate Professor at Northern Illinois University, was recently awarded the Margaret Mead Award by the Society for Applied Anthropology/ American Anthropological Association for his book, Killing with Kindness: Haiti, International Aid and NGOs (Rutgers, 2012).  Another recent grad, Megan Carney (now a Lecturer at University of Washington), has just published a book with UC Press, The Unending Hunger: Tracking Women and Food Insecurity across the Border (2015) based on her dissertation research in Santa Barbara.  A 2001 grad, Annegret Staiger, now an Associate Professor at Clarkson University, published Learning Difference: Race and Schooling in the Multiracial Metropolis (Stanford, 2006), based on her dissertation research in the Los Angeles area.  Current students are pursuing projects, with the support of agencies such as Wenner Gren Foundation for Anthropological Research, the National Science Foundation, and Fulbright-Hays that similarly seek to combine scholarly inquiry with civic and political engagement.

Graduate study in the sociocultural program includes required core courses in social and cultural theory, research methods, and research design. The core program is designed to be completed within a two-year cycle, culminating in the award of the MA. During one year, the two required theory courses (AN 235A, Foundations of Modern Social Theory, and AN 235B, Issues in Contemporary Anthropology) are offered during Fall and Winter quarters, respectively. During the alternate year, a two-quarter sequence (Research Methods in Cultural Anthropology, AN 240A and Research Design and Writing in Sociocultural Anthropology, 240B) is offered during Fall and Winter quarters. During the spring quarter of the second year and following completion of all of the core courses, students participate in the capstone MA seminar, (AN 240C, "Research Seminar in Cultural Anthropology") during which they write an MA research paper, either an article-length work based on original research or a detailed draft of the PhD research proposal. The award of the MA is based on successful completion of core course requirements and acceptance of the MA paper by the committee.

During the third year of graduate study, students are expected to advance to doctoral candidacy; during that year, students are expected to enroll in seminars and directed readings, in Anthropology and other departments, appropriate to their research interests. Qualification for advancement involves the successful completion of a detailed proposal for doctoral research and two literature review papers (one dealing with the theoretical literature pertinent to the research proposed, the other a review of areal scholarship relevant to the research proposed). An oral defense of the proposal is required of all students. The defense is open to other students and faculty; the candidate is expected to present an oral summary of her or his proposal and to answer questions posed by the committee and by others in attendance. Students formally advance to doctoral candidacy upon the committee’s approval of qualifying papers and successful completion of the oral defense.