Grazing the Amazon film screening followed by a discussion and Q & A with producer Eduardo Pegurier and Jeff Hoelle
There are 85 million cows in the Brazilian Amazon, which means three cows for each human dweller grazing today and area that was once forest. Less than fifty years ago, in the 1970s, the rainforest was intact. Since then, a portion the size of France has disappeared, 66% of which was transformed into pastures. Much of this change is a consequence of government incentives that attracted thousands of farmers from southern lands. Cattle ranching became an economic and cultural banner of the Amazon, forging powerful politicians to defend it. In 2009, there was a game changer: the Public Prosecutor's Office sued large slaughterhouses, forcing them to supervise cattle supplying farms.
See the movie trailer at: https://vimeo.com/262113993 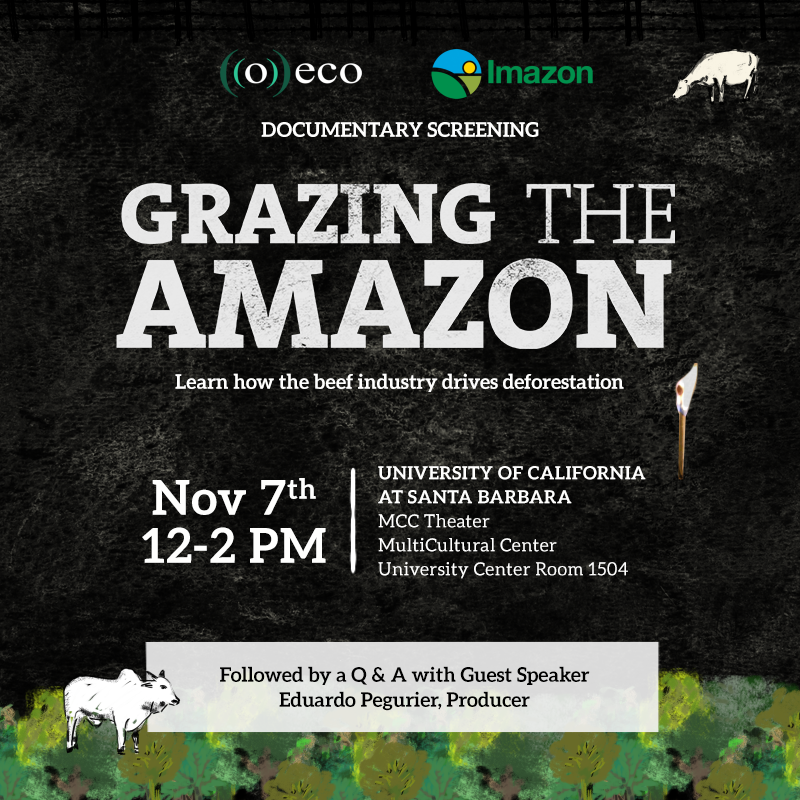