British Museum, 2006 Kirwan Memorial Lecture.  The Kirwan Memorial Lecture was inaugurated in 2000 in honor of the First President of the Sudan Archaeological Research Society, Sir Laurence Kirwan (1907-1999), whose interest and involvement in Sudanese archaeology spanned over 60 years. Speakers to date have included a number of senior scholars whose work has made significant contributions to Nubian archaeology. 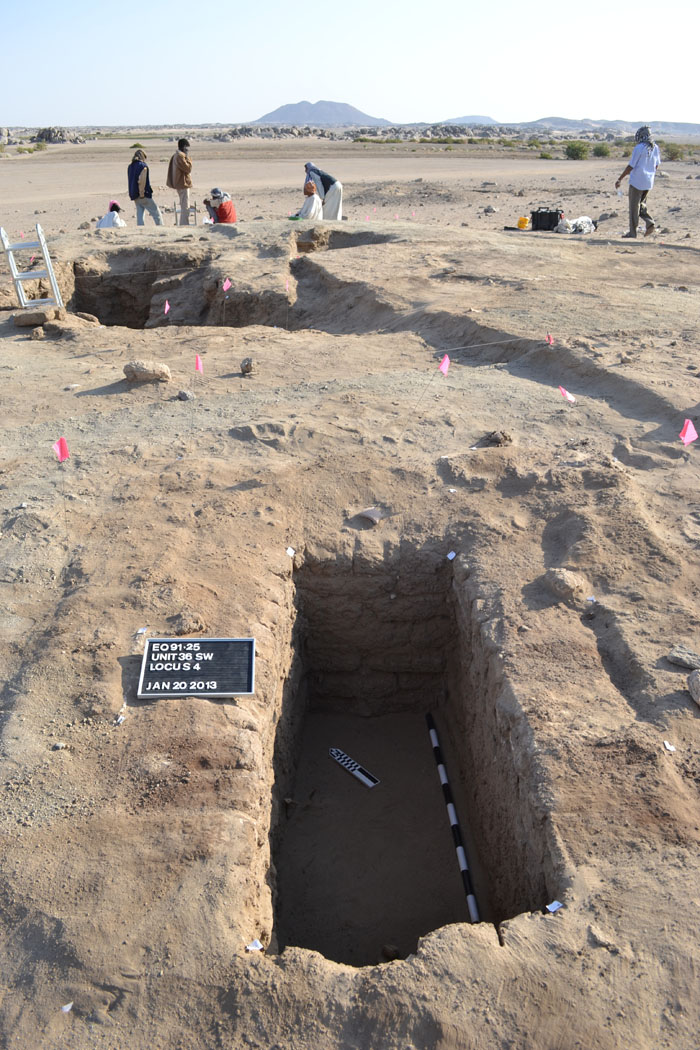 Professor Smith’s research centers on the civilizations of ancient Egypt and Nubia. He is particularly interested in the identification of ethnicity in the archaeological record and the ethnic dynamics of colonial encounters. Ancient Egyptian colonialism, intercultural interaction and the origins of the Napatan state, whose rulers conquered Egypt, becoming Pharaohs of the 25th Dynasty, provide the focus of his current archaeological research. He has published on the dynamics of Egyptian imperialism and royal ideology, the use of sealings in administration, death and burial in ancient Egypt and Nubia, and the ethnic, social and economic dynamics of interaction between ancient Egypt and Nubia.  Smith’s material specialization lies in ceramic analysis, including the chemical characterization of absorbed residues. He is also an active field archaeologist, having participated in and led archeological expeditions to Egypt, including the Luxor’s Theban Necropolis, and since 1997 to Sudanese Nubia, where he directs excavations at third cataract of the Nile in the New Kingdom and Napatan cemetery of Tombos (photo to right), along with co-director and UCSB alum Prof. Michele R. Buzon of Purdue University. 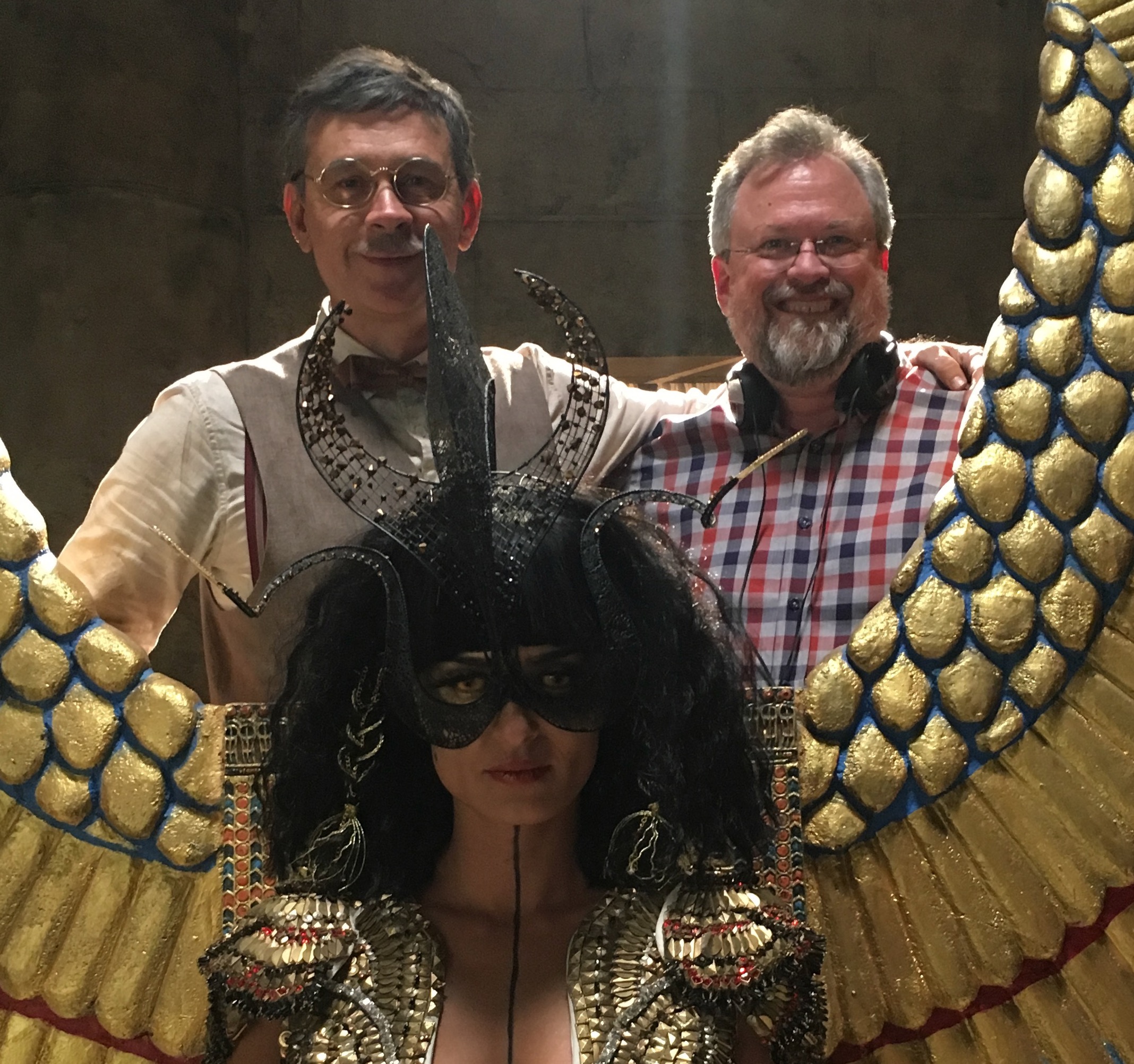 In 1993, he took a break from the academic world and became the Egyptological Consultant on the hit MGM movie ‘Stargate,’ giving advice on the script, sets and costumes, and recreating spoken ancient Egyptian for about half the movie’s dialog. He renewed his Hollywood connection in 1998 by consulting on the script and reconstructing spoken ancient Egyptian for another hit movie, the recent Universal remake of ‘The Mummy,’ continuing this work in 2000 with the sequel ‘The Mummy Returns.’ Most recently, he returned to the Stargate franchise with MGM's 2018 web streaming production, Stargate Origins: Catherine (photo to left). You can find an interview from Egypt Revealed linked here.

Recent interviews/popular articles about this research: Askut Publication Project (on the UCLA excavations of the late Alexander Badawy, which contributed to the Aswan High Dam Salvage Campaign in the early 1960’s, currently curated at the UCLA Fowler Museum of Cultural History)

Valley of the Kings, with Nancy Barnard. Oxford University Press, 2003. A book for young adults.

Some affiliations on campus Undergraduate
ANTH 3 Introductory Archaeology
Introduction to archaeology and the prehistory of humankind from the earliest times through the advent of civilization and cities, also processes of cultural change.
ANTH 118TS Archaeology of the Ancient Near East
This course combines archaeology and history to trace the development of the cultures of the ancient Near East from the origins of civilization through the rise of empires, ending with the conquest of Alexander the Great in c. 300 BCE.
ANTH 132TS Ceramic Analysis in Archaeology
An overview of how ceramics are used in archaeology. Topics include pottery manufacture, classification, stylistic and functional analysis, scientific analysis, chronology, production and exchange, ceramic consumption and socio-political organization.
ANTH 138TS Archaeology of Egypt
Selected topics on the archaeology of ancient Egypt, placing the monuments of this great civilization in the context of its rise and development. Emphasis on ancient Egyptian material culture as a source for understanding Egyptian political, social, and economic dynamics.
ANTH 176TS Ancient Egyptian Religion
Examination of Ancient Egyptian religion from massive temples and pyramids to modest offerings and simple burials. The interaction of sacred and secular is considered through examination of the individual, society, and the state in shaping religious beliefs.
INTE 97GZ Mummies, Myths and Magic: Surviving Death in Ancient Egypt (Freshman Seminar)
Graduate Seminars
ANTH 273 Archaeology of Identity
Ethnic categories, gender, age, status and other axes of differentiation are central to archaeological interpretation. This course will focus on recent approaches that emphasize identity as multi-scalar, multi-dimensional, situational and overlapping, constructed and negotiated by individuals in specific social contexts.
ANTH 275 Problems in Archaeological Ceramic Analysis
Current methods and techniques of ceramic analysis for graduate students. Covers both theoretical issues and data acquistion and analysis, including residue analysis.
ANTH 276 Culture Contact and Interaction
Examination of culture contact's role in human history, with an emphasis on how the combination of archaeological, historical, ethnohistorical and ethnographic data can yield insights into the dynamics of interactions between different groups at various times and places.