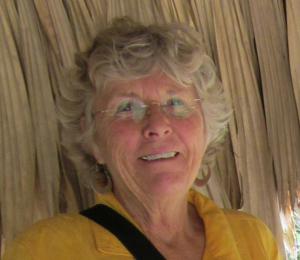 The University of Utah Press

Prehistoric Games of North American Indians is a collection of studies on the ancient games of indigenous peoples of North America. The authors, all archaeologists, muster evidence from artifacts, archaeological features, ethnography, ethnohistory, and to a lesser extent linguistics and folklore. Chapters sometimes center on a particular game (chunkey rolling disc game or patolli dice game, for example) or sometimes on a specific pre-historic society and its games (Aztec acrobatic games, games of the ancient Fremont people), and in one instance on the relationship between slavery and gaming in ancient indigenous North American societies.

In addition to the intrinsic value of pursuing the time depth of these games, some of which remain popular and culturally important today among Native Americans or within the broader society, the book is important for demonstrating a wide variety of research methods and for problematizing a heretofore overlooked research topic. Issues that emerge include the apparently ubiquitous but difficult to detect presence of gambling, the entanglement of indigenous games and the social logic of the societies in which they are embedded, the characteristics of women’s versus men’s games or those of in-group and out-group gaming, and the close correspondence between gaming and religion. The book’s coverage is broad and balanced in terms of geography, level of socio-cultural organization and gender.

Barbara Voorhies is research professor and professor emerita at the University of California, Santa Barbara.

“This is not a trivial subject. The book is focused on an important and often neglected aspect of human culture. It will stand out for its seriousness and its readability.”

and Its Entombed Floors

This book presents investigations of several floors that are within the site of Tlacuachero's shell depositsthat formed over a 600-800 year interval during the Archaic period (ca. 8000-2000 BCE), a crucialtimespan in Mesoamerican prehistory when people were transitioning from full blown dependency on wildresources to the use of domesticated crops.

Tlacuachero is the site of an Archaic-period shellmound located in the wetlands of the outer coast of southwest Mexico. This book presents investigations of several floors that are within the site's shell deposits that formed over a 600-800 year interval during the Archaic period (ca. 8000-2000 BCE), a crucial timespan in Mesoamerican prehistory when people were transitioning from full blown dependency on wild resources to the use of domesticated crops. The floors are now deeply buried in an limited area below the summit of the shellmound. The authors explore what activities were carried out on their surfaces, discussing the floors’ patterns of cultural features, sediment color, density and types of embedded microrefuse and phytoliths, as well as chemical signatures of organic remains. The studies conducted at Tlacuachero are especially significant in light of the fact that data-rich lowland sites from the Archaic period are extraordinarily rare; the wealth of information gleaned from the floors of the Tlacuachero shellmound can now be widely appreciated.

Ch. 2: Stratigraphy and Chronology of the Archaic Period Deposits at Tlacuachero by Brendan

Ch. 4: The Tlacuachero Floors: Description and Sampling Methods by Heather B. Thakar

Ch. 6: Spatial Analysis of Microrefuse and Floor Color Variations by Heather B. Thakar

Ch. 7: A Spatial Analysis of Phytoliths at Tlacuachero by Doug H. Drake

Ch. 8: Early Use of Chipped Stone at Tlacuachero by Elizabeth H. Paris

Ch. 9: The Tlacuachero Vertebrate Fauna by Thomas A. Wake and Barbara Voorhies

Ch. 10: Some Considerations of Site Formation Processes and Functions of Tlacuachero by